Some of my fondest memories during my college days include the silly and philosophical conversations I had with friends over casual chess games. As it’s a game of wits, some play it for the competitive challenge, but for me, though I do appreciate the mental exercise, playing chess is more of a social activity to reflect with companions on life. We’ll occasionally discuss the parallels between the ongoing game and the conversation, like practicing patience and dealing with losses, but for the most part it’s just about doing something together and talking with each other. I’ll not assume that these makers share my chess philosophy, but it’s apparent that they at least see the fun in the game.

All these chess sets are found on Thingiverse. Just click any heading to go to a set’s page. 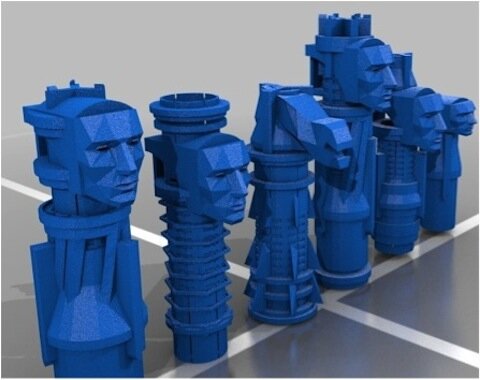 This set is currently featured on Thingiverse and it really catches the eye with its clean corners and cyber punk styling. A set like this will definitely draw “Where you get that?” kind of attention. 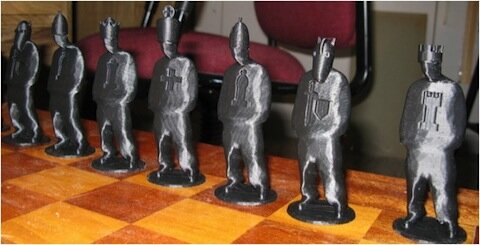 I just find this funny. It’s a bit ironic, considering gangsters are generally associated with settling disputes by means of violence and not over board games. Really though I just like the slouchy nonchalant poses. They make me laugh. You can get all the pieces in one print here. 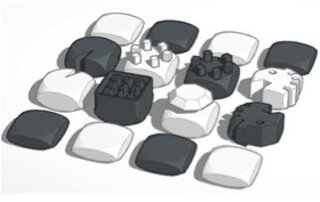 Made in Tinkercad, this set is meant for slow games to be played by housemates and coworkers on communal refrigerators. Vertical chess sets are ideal for slow games because they’re out of the way, but they’re rather expensive, so this set fills the gap for us cheapskates. The pieces hold grocery lists as equally well as they wage silent wars, and their small size and magnetism makes them great for travel too. Alton Brown taught me the importance of multifunctioning objects, so this set has special appeal to me. 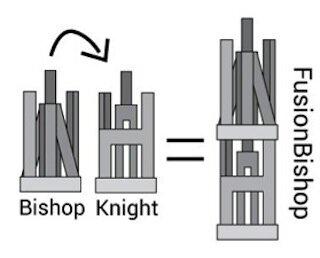 This set was also designed in Tinkercad, being inspired by architecture. What’s really cool about this set though is that the pieces can “fuse” with taken pieces via stacking, taking on their abilities. So if a Rook takes a Bishop, the fused piece can move like both, but can only take pieces with Rook movements. Crafty! 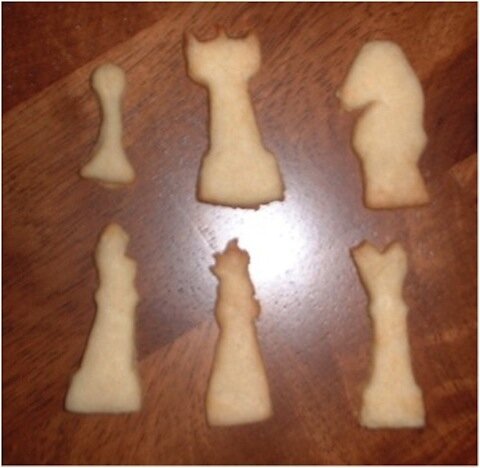 Not all chess sets will pass the test of time, and I highly doubt this one will survive longer than a game. The Custom-Cookie-Cutter-Generator by guru was used to create this delectable version of chess. When you take a piece, you don’t set it aside; you devour it! Some printed stands to hold the cookie pieces upright would be a nice addition.

With these molds you can make a chess set out of ice. However, I think I’d use chocolate and have a delicious match against the cookie pieces. The pawn molds are separate so you can print more as necessary. 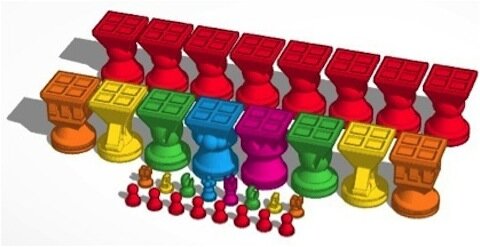 Meta chess is for those that just can’t get enough chess, for the player that demands more chess even while playing chess. With large pieces and small pieces (also all created in Tinkercad), the small pieces move on top of the large ones, and players move a small and a large piece on every move, literally playing a game of chess on another game of chess. The goal is to get the small King in mate, and small pieces can only move to the tops of other large pieces when they’re adjacent, so the level of strategy is doubly deep. Chess was already hard enough! Still, I’m intrigued, so good on you.

There are lots more sets to see and print on Thingiverse, and I hope you enjoy my Collection, but go look at others and design your own. Surely you noticed the Tinkercad pattern, so that should give you some indication as to how easy it is to model with. But whether you go make your own set or not, at the very least I hope I’ve encouraged you to go play a game of chess with a friend.

Cameron, Senior Staff Writer, is a technology enthusiast that can better write about 3D printing than he can ride a bike. His interest in 3D printing is mostly driven by his desire to become a cyborg. He enjoys philosophical conversation and is also fond of poetry and Star Trek. Connect with him on Google+. View all posts by Cameron Naramore »
« Big News: 3D Systems launches new multi-color CubeX 3D printer line
MakerBot unveils Replicator 2X Experimental 3D printer »