Before investing in a company, you always have to do your own homework. If you rely on just what you read on the internet, or what someone tells you, you could easily end up being out some serious coin. The fact is, much of what you read about on popular investing sites is bunk, and many press releases from small companies can be intentionally deceiving. Poorly researched articles and pump-and-dump companies abound when a sector is very hot. A sector like 3D printing.

When writers don’t know what they are talking about

Writers of investing articles want an audience, of course. In fact, they are paid more for more readers, either directly by page view, such as at SeekingAlpha.com, or by ad clicks on their own blogs. So the sexier the article, the more profitable. And last year pointing out 3D printing stocks was sexy. It was easy to point out companies such as 3D Systems (DDD) and Stratasys (SSYS), the two pure plays in the space. But offering up “undiscovered” 3D printing-related companies was the hot ticket to a popular article. For example, when a Seeking Alpha author uncovered Swedish company Arcam AB (AMAVF) it was a home run for readers who quadrupled their money. 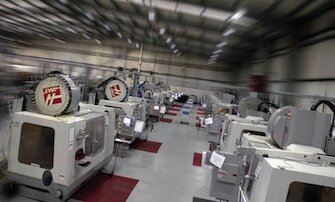 These machines in Proto Labs are not 3D printers.
(Note: still love the company though!)

But then there are the authors that stretch the truth, or don’t research what they write about, simply parroting what others have written. There is one case of this that continues to astonish me, and that is the designation of Proto Labs (PRLB) as a 3D printing company. Despite the fact that they do injection molding and CNC machining, not 3D printing, dozens of articles — and I’m sure hundreds of rewrites of those articles — have called Proto Labs a 3D printing company. Someone, somewhere, originally called it a 3D printing company, and that spawned this misinformation being repeated all over the place in subsequent articles. And it wasn’t just the many Seeking Alpha authors — even he highly respected Investors Business Daily — made the mistake more than once. I had to comment on three of their articles on Proto Labs before they stopped calling it such a company. I’ve commented on many Seeking Alpha articles to let them know too, without any acknowledgement of error by the authors. And it just continues on and on.

The point is, just because an author — even on a prominent (and excellent) site like Investors Business Daily, and especially on Seeking Alpha (where anyone can submit an article) — says a company is a 3D printing company, you must do your own research to find out for yourself.

I want to point out that I love the company Proto Labs, and even own shares of it. When I first researched it for myself, while I discovered they do not employ additive manufacturing, they are revolutionizing quick turn, short run, traditional manufacturing. I recommend you check out the company yourself as a potential investment.

When companies hype themselves as 3D printing companies 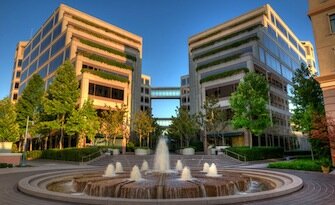 I’ve had a few readers contact me about the company, Massive Dynamics (MSSD). Since I follow the 3D printing industry closely, I saw the company’s first press release talking about 3D printing as soon as it came out. I was excited about perhaps finding a new company in the space in which to invest. But after reading the release, I was left wondering, “wait, where are the 3D printing products?”

Those are some powerful words for a penny stock with only a $22 million market cap as of today. The site had no 3D printing products, or any experience in the field, that I could see.

Since then, the company has issued eight more press releases, every one of them talking up 3D printing. That’s nine press releases in less than a month. Several of the recent releases talk up their acquisition of 3D printer company PrintForge3D. Sounds great doesn’t it? This must be the printer that will compete with industry giants 3D Systems and Stratasys. There’s one little hiccup: just try and find any information on PrintForge3D that isn’t generated by Massive Dynamics.

This week, while I was thinking about writing this article, the website Personalize (prsnlz.me) did some excellent research on Massive Dynamics, which exposed more worrisome information about them in their article “Who is Massive Dynamics?”

They also found no evidence for any existence of PrintForge3D prior to he Massive Dynamics press release that first mentioned it. They attempted to contact the company with only got voicemail. They checked on their Cupertino, CA headquarters, and found it to be in a small office on a short term lease for $1,027 a month. At Cupertino lease rates, that will probably only get you a few hundred square feet, if that. Not very “Massive.”

Personalize dug deep for anything they could find on the company, PrintForge3D, CEO and president Oscar Hines, associates mentioned in the releases, a nonexistent China trade fair at which they supposedly showed off their the PrintForge3D at, and more. They came up short, and along the way found a history of shell companies and an interesting financial history. They did such a great job of researching Massive Dynamics, I won’t even try to summarize their findings here, and highly suggest you read their entire article. It’s a good one.

The sad thing about this is that I saw quite a few investment blogs, and unfortunately, quite a few 3D printing blogs that should be more suspect of what they print, write up one or more of the press releases. I bet quite a few inexperienced investors saw one or more of the articles on these blogs and bought some shares, thrilled that they were in early on a new 3D printer company. If that’s you, I suggest you just sell your shares and take any losses now.

(Funny, while proofing this article before hitting the Publish button I searched for Massive Dynamics in Google. The meta title that shows up in the search results is, “Massive Dynamic: What Don’t We Do?” Yes, good question. I hope we answered it.)

Always do your homework

These examples I gave are just that — examples. Be assured that there are many more cases that I’ve seen than just these. Through an honest mistake, stupidity, plain laziness or devious intent, they pop up all the time. So do your homework, please.

And since we mentioned Seeking Alpha specifically, be careful there. I read it, but I follow certain authors that have earned my trust over time. There are writers there that really know their stuff, and writers who don’t. Each has to be evaluated. Remember that just about anyone can become a writer there. Same thing with many other investment websites. Use each article as a jumping off point for your own further investigation.