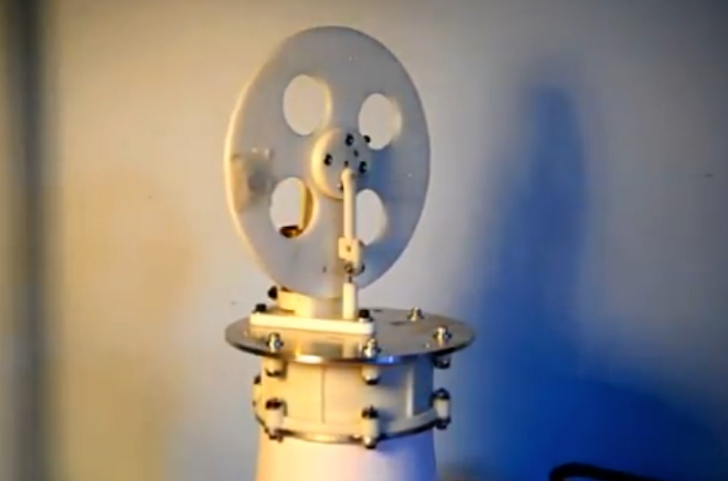 If you haven’t noticed, I really like Thingiverse. The creativity, the sharing, the feedback — the whole community is just so fun and productive. Fun and productive are not often associated with each other. As such I’ll now be showing you some awesome Thing every week that’s chosen by me; “awesomeness” will be gauged by carefully considering functionality, practicality, and silliness. In other words, completely arbitrarily.

In the first week’s installment I’d like to bring your attention to a 3D printed stirling engine designed by user dougconner. What’s great about stirling engines is that they operate at low temperatures, unlike combustion engines. Stirling engines work by pulling mechanical energy out of temperature differentials, and not specifically heat, so using ABS plastic with a low thermal conductivity for the housing is appropriate for insulation. Doug used a Stratasys printer for the 11 printed parts, and most of the few parts that need to be metal were bought off the shelf. He used a lathe to get the power cylinder and piston just right, but otherwise only a drill press was necessary for the rest of the project. If there’s interest Doug says he’ll incorporate a telescoping cylinder that will remove the need of the lathe, and the metal pieces technically could be printed through services like Shapeways and i.materialise.

You can see his engine working here, as well as read all the juicy details, but in summary this configuration requires a temperature differential of about 45 degrees Fahrenheit to run at 100-120 rpm without load, and a differential of 70 degrees to get to 300 rpm. Doug measured a max rpm of 468 and calculated the power to be .015 watts at 175 rpm, and he feels he can get that up to .05 watts with some adjustments. That’s not a lot of power, but these engines can be solar powered. As this printed engine is optimized and made more printable, renewable energy becomes even more accessible. While I think they’re ideal for renewable energy, stirling engines can be scaled to power a personal vehicle, but don’t expect to go much more than 15 mph.

Cameron, Senior Staff Writer, is a technology enthusiast that can better write about 3D printing than he can ride a bike. His interest in 3D printing is mostly driven by his desire to become a cyborg. He enjoys philosophical conversation and is also fond of poetry and Star Trek. Connect with him on Google+. View all posts by Cameron Naramore »
« Jewelry from another world on Shapeways
This is not just a ferris wheel, it’s a glimpse into the future »

One Response to “Thingiverse Thing of the Week: Stirling engine”